Uncontested divorces unsurprisingly are the antithesis of contested divorces. This is the desired divorce process if at all possible as it points to both parties being in agreement with regard to the terms of the divorce without having to take it to trial. These include the likes of:

There is considerable benefit in going with the uncontested route if this is a feasible option for both parties. As there is only one attorney involved in facilitating the divorce proceedings, there will only be one bill to be footed by both parties, or as specified in the settlement agreement. In addition to this, an uncontested divorce can be finalised in a matter of weeks (dependent on the drafting of the agreement and the court roll), not years like the contested equivalent. Another benefit of an uncontested divorce is that parties do not have to appear together in court; the evidence on hand will be presented to the judge or magistrate by the plaintiff in order to finalise the divorce. Lastly, and perhaps most importantly, factoring in all the benefits above – is the ability of the couple or family to settle down into new routines and find their ‘new normal’ much sooner than they would should the divorce have been contested.

Initial consultations are charged at R1500.00. Thereafter, should you wish for us to act on your behalf, a fee is discussed and agreed upon whereafter we can move forward with your matter. We promise to get back to you as soon as possible – as we are aware that these cases are often urgent. 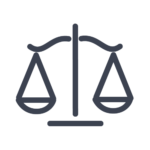 OUR UNCONTESTED DIVORCE ATTORNEYS SERVICES INCLUDE:

The initial consultation typically lasts one to two hours whereby the drafting of the summons and particulars of the claim as well as the drafting of a settlement agreement if applicable will be determined.

Opening a court file, dropping off the summons at the sheriff, collecting the Return of Service, delivering the documents to and from the Family Advocate as well as obtaining a court date.

Our legal will team will handle the Sheriffs’ service, Liaise and get endorsement by the Family Advocate where applicable and appear at court in our Jurisdiction area to finalise the divorce proceedings.

BOOK AN APPOINTMENT WITH OUR UNCONTESTED DIVORCE ATTORNEYS:

It is evident that an uncontested divorce, while still emotionally distressing, is certainly less so than its contested counterpart. An uncontested divorce is a much quicker, more efficient and cost effective process. Through this and by avoiding the trauma of a trial, the potential for lasting lingering feelings of resentment, hostility and hurt – while all still completely valid, is greatly reduced. Whether contested, uncontested or mediated, at Joselowitz & Andrews Attorneys we understand that the divorce process will never be completely stress-free, but we will exercise our expertise to ensure that it is as smooth as possible, especially those that involve children.

NEED THE QUICKEST OUTCOME FOR YOUR UNCONTESTED DIVORCE?